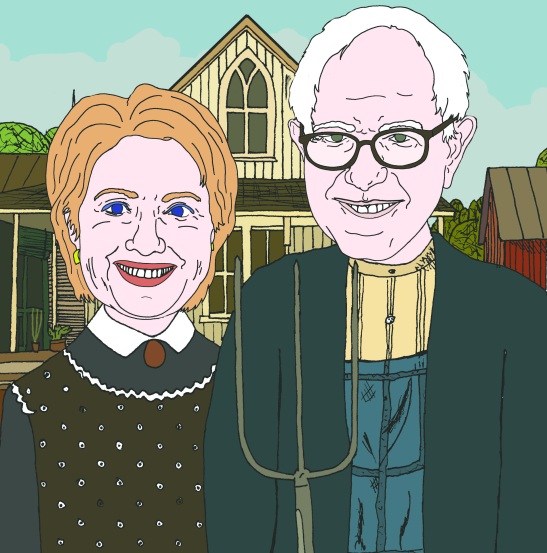 Howdy y’all pardners, or whatever colloquial hick greeting they use in America’s Heartland! Welcome to Weird Voyeurism’s Des Moines Democratic Debate Corn Polling Game! Hooooo-weeeee! Yeeeeee-Hawwwww! Ever since white folks massacred and removed all of the Native Peoples, Iowa has given America many great things: Confederate President Jefferson Davis, the Nu Metal band Slipknot, the corn syrup that poisons us in convenience stores from sea to shining sea. And, most importantly, shameless, bipartisan political pandering.
In the convoluted carnival freak show of lies and false hopes that we use to determine who gets control of the atom bomb, Iowa plays a very important role. For some unknown reason, these extraordinarily white, extraordinarily conservative Hee-Haw-watching Rapture-waiters are given the duty of vetting who is qualified to lead the Free World into its next round of endless wars and indentured debt-servitude. So, like a bastard stepchild who was born on Feb. 29, these forlorn former farmers are only given a lot of loving attention once every four years, before being forgotten again.
Where else on Earth can you see dressed-down billionaires eating fried things on sticks and pretending to care about tractors? Where else is coiffed hair covered with 10-gallon hats, and three-piece suits swapped for pearl-snap plaid shirts? Does Hillary really give a fuck about the proper way to grill a pork chop? Does Bernie really want to sit through another poor-quality cover of a Buck Owens song? Probably not, but these votes count for some strange reason.

Corn Polling is about the blatant buttering-up that politicians do to win the respect of these Midwestern Wal-Martians. First, cut out your corn cob and your Candidate Kernels, then tune-in to the debate. Any time a candidate utters an unnaturally salt-of-the-earth sentiment, add a kernel to the cob in the outlined space. The first candidate to fill the cob with corny statements wins! Use your own discretion when determining a statement’s corniness; like the real corn polls, you can vote as often as you want. Join the hootenanny with Weird Voyeurism’s Corn Polling! Alright, it may not be our best debate game idea, but it’s certainly more fun than playing checkers outside of Cracker Barrel. HEE-HEE-HEE, HAW-HAW! 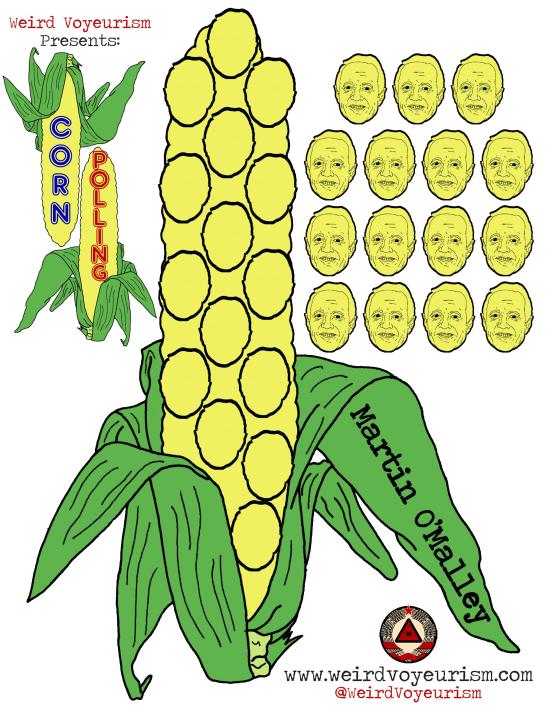 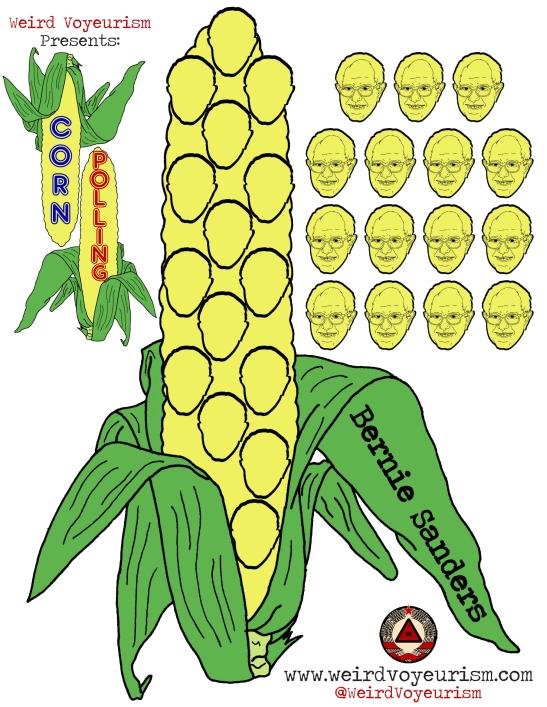 This entry was posted on November 14, 2015 by Weird Voyeurism in Politricks and tagged debate.