Now those are Progressives: Dialogue of the Dem Debate 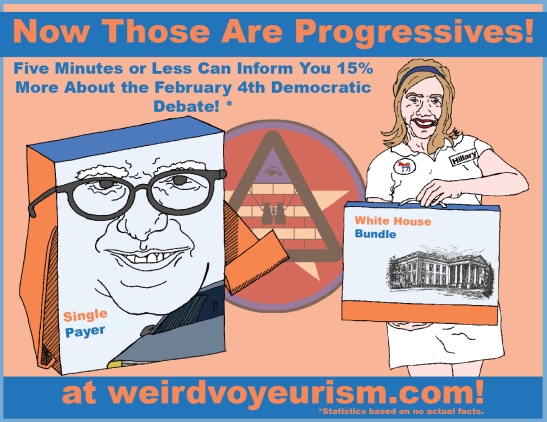 But in the interest of linguistic voyeurism, we’ve turned NBC’s transcript into a easy to abuse infographic.

And, we can sum up the entirety of their 53 page discussion briefly:

Both the secretary and the senator think they know what works for Americans. They believe they can make things right.

They’re progressive; they can make changes to real issues. Issues like: the economy, veterans, wall street, healthcare, security, the economy, and the dangers of the Republicans handling the economy.

All those basic words really help out the average American with a 7th grade reading level.

(If you don’t believe us, head on over to the Hemingway app and drop in the transcript.)

We here at WV noticed immediately that closer inspection was needed after Hilldawg dropped the p-bomb 6 times in 15 seconds. 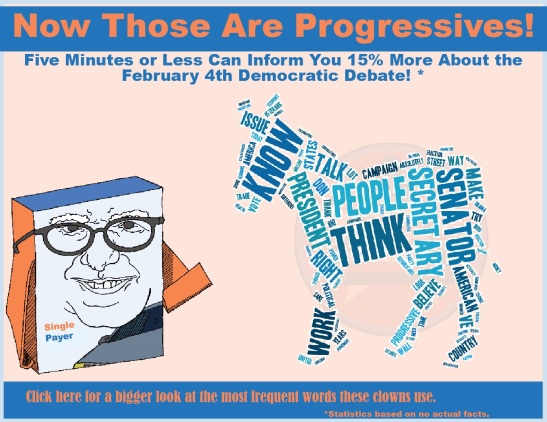 This entry was posted on February 5, 2016 by Weird Voyeurism in Politricks and tagged debate.